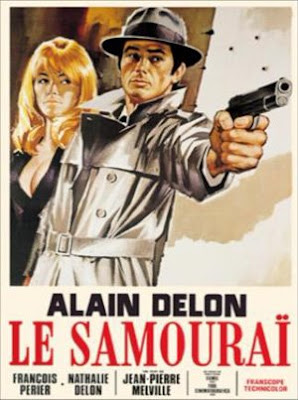 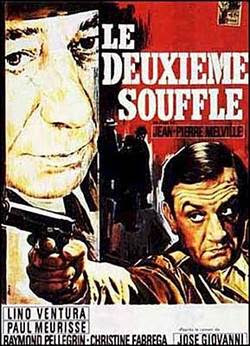 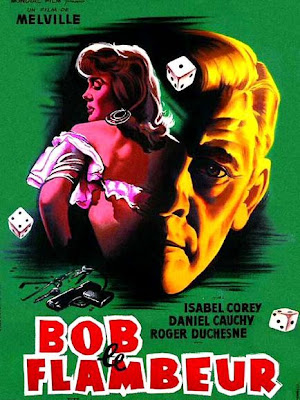 Posted by Jeff Duncanson at 8:46 p.m. No comments:

The world of Lola is the type that could only exist in the movies. I’ll amplify that - It could only exist in a French movie. French cinema gave us lots of attractive, well-dressed people who sat in cafes, smoked a lot, and lamented their lives and loves. That’s the ground that this film sits squarely upon.

Jacques Demy made Lola in 1961, three years before his masterpiece, The Umbrellas of Cherbourg, and you can plainly see the skeleton of the later film being put in place here. Like Umbrellas, it’s world is essentially realistic, but with a tiny current of fantasy flowing through it. It’s like a snakes and ladders game, full characters whose lives run parallel to each other, with similarities that they aren’t aware of. 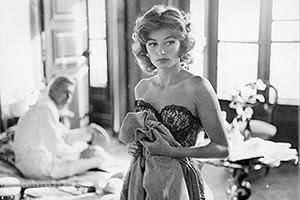 The title character is a cabaret dancer and single mother played by Anouk Aimee. Lola is a sweet and whimsical type who isn’t above sleeping with the odd guy. When we first meet her, she is in the midst of a little romance with an American sailor named Frankie. The two are playful and kind to each other, but they both seem to regard the relationship as a temporary fling. Frankie mentions offhandedly that he is engaged in the States, and Lola tells him that he looks a lot like a guy she once loved a lot. When she tells him this there’s no doubt that her feelings for the other guy are still pretty strong.

The other main character is living and working alongside these two, unaware of their existence. That’s Roland Cassard (Marc Michel). Cassard is a self-confessed dreamer who can’t seem to hold down a job, and has no idea what he wants to do with his life. As he sits in his café and smokes after losing his latest job, you can feel the ennui coming off him in waves. He listens in to a woman who swears that she has just seen her long-lost son, and he laments, “One day I’ll go away.”

Cassard has a chance meeting in a bookstore with a widow and her teenage daughter, and this leads to a dinner invitation from the two. There’s a complicated dynamic at work in this bit. The mother is plainly attracted to Cassard, as is the young daughter in her own innocent way. Cassard, on the other hand tells the young girl, Cecile that she reminds him of another Cecile that he used to know. We’re starting to get hints of what is to come. 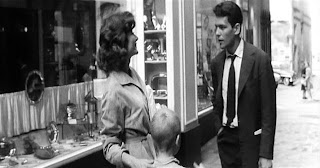 A chance meeting between Roland and Lola occurs on the street – They literally bump into one another – and the threads begin to come together. Cecile, it turns out is Lola’s real name, and she’s the childhood sweetheart that he spoke of in the bookstore. Roland’s boredom dissolves upon meeting Cecile again, and they make a date for that evening. Watch Roland’s body language as he skips away from the meeting and you see a man who believes he may have just been saved.

In Jacques Demy’s universe, however, romance is never simple. We have a young man who is bored with life who falls hard for an old sweetheart. We have a girl carrying on a meaningless flirtation with a young American, mainly because he reminds her of her great, lost love. We have the American, who likes Lola a lot, but recognizes the relationship as just being a lark. We have the widow, who longs for companionship, and as much as tells Cassard so in their dinner together. Finally we have the younger Cecile, who wants to become a dancer, and is enraptured by the allure of freedom and adventure the older men have. All of these people have similar needs – the need for love and companionship, but they’ve all found themselves in situations that make it difficult to achieve them. It’s a theme that resonates throughout Demy’s work. 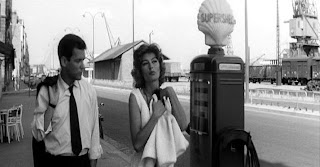 I mentioned above that there is a current of fantasy that runs through the film. This is brought to the forefront when Lola’s long lost husband Michel turns up after being gone for seven years. It seems like a bit of a contrived plot device that this man who left as a penniless lost soul comes back as a wealthy businessman to scoop up his wife and son. It’s necessary to the arc of the plot, I guess, that Roland’s dream is shattered by this outside force.

There’s a little wink here, however, that you wouldn’t know unless you know The Umbrellas of Cherbourg. In that film, a wealthy businessman named Roland Cassard (played by Marc Michel) comes between Catherine Deneuve and her young lover. In Lola, Roland talked about going off to a small island in the Pacific. Michel tells Lola that he went off to the same island and came back a rich man. You don’t need to have seen Umbrellas to see that Roland’s life is paralleling that of Michel, but it does reinforce the idea. This concept puts a slightly different spin on the film’s poignant final image, as Lola dives away in Michels’ big American car, and they pass Roland on his way to his boat. He’s just another dreamer who has to find his way. 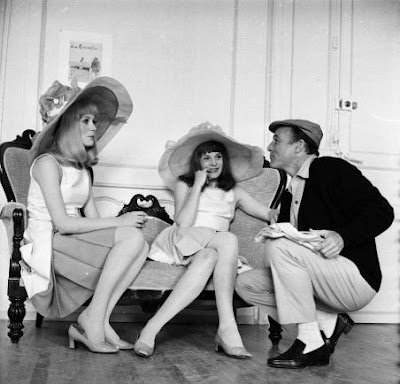 Catherine Denueve, Francoise Dorleac, and Jacques Demy on the set of Les Demoiselles de Rochefort (1967)
Posted by Jeff Duncanson at 10:29 p.m. No comments: 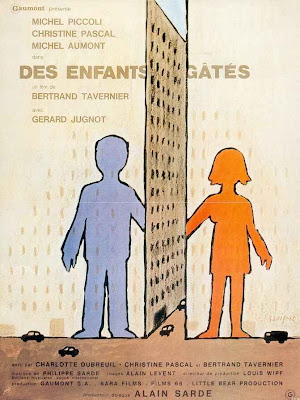 If you were born at about the time I was (early 60's), there's a good chance that your first favorite movie starred Charlton Heston. My first film memories were of stuff like The Ten Commandments, Ben Hur, Omega Man...and this one.

Heston was not the world's greatest actor, but as a "movie star", he had few peers. He was an icon, and he will be missed.

Posted by Jeff Duncanson at 7:55 a.m. No comments: