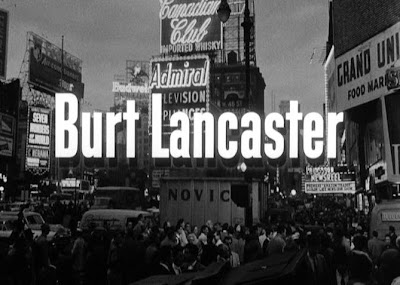 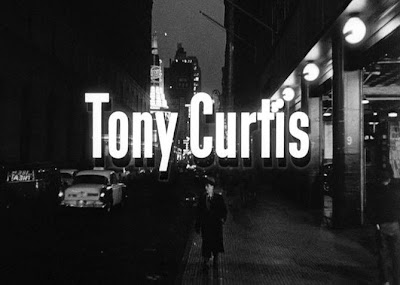 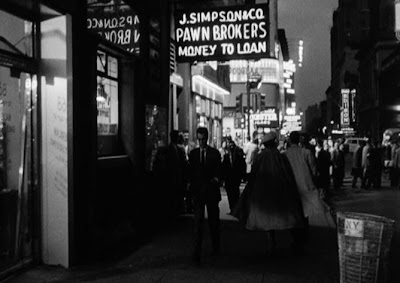 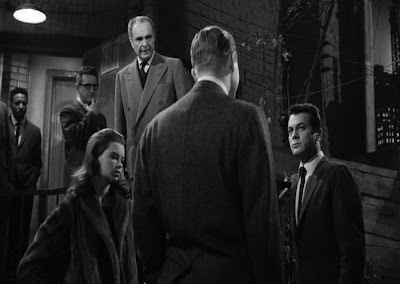 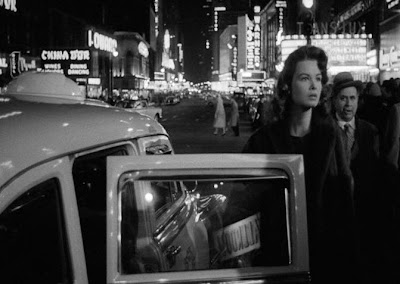 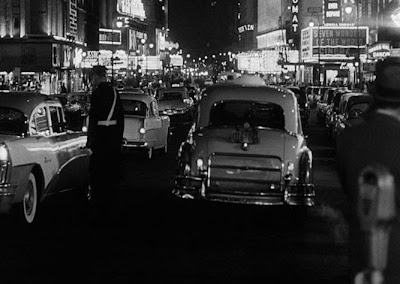 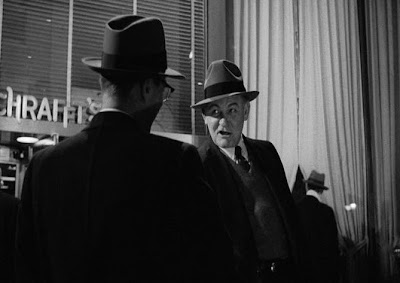 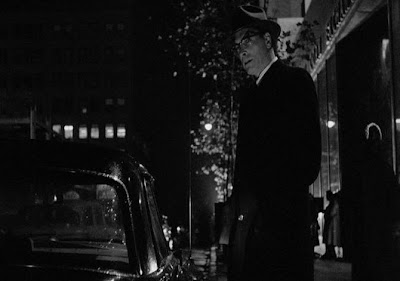 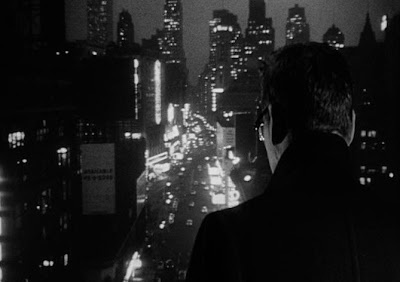 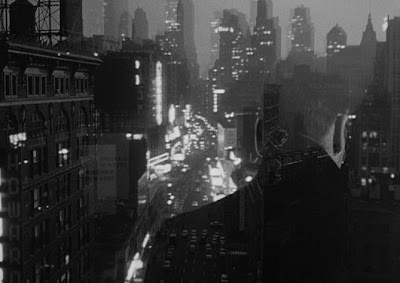 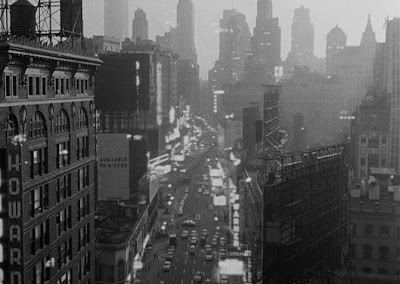 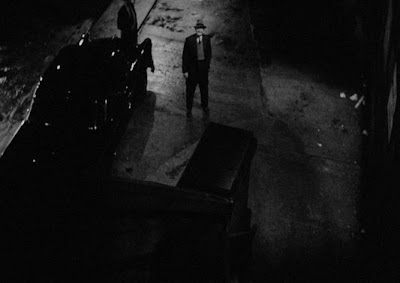 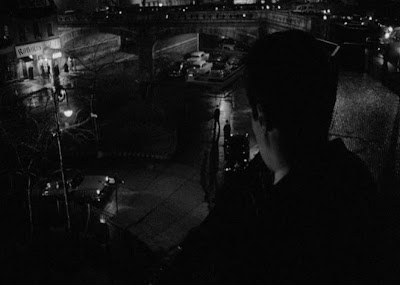 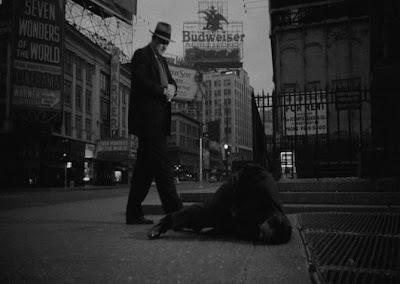 Posted by Jeff Duncanson at 6:38 p.m. No comments:

Under Capricorn – Another one checked off my Hitchcock list. This one from 1949 stars Ingrid Bergman as a woman who is slowly being driven mad by a servant who’s in love with her husband (Joseph Cotten). That encapsulation is simplistic – There is a lot of other stuff going on, as well. Hitch apparently liked the story, but wasn’t fond of the finished product. To be honest, it’s a bit off the rails from traditional Hitchcockian fare. First off, it’s a costume drama (set in 19th century Australia). Hitch never made another one after this. Second, it is more a Gothic horror movie in the vein of Hush, Hush Sweet Charlotte than a traditional suspense film. Still, I recommend it. The camerawork is beautiful, and the performances are uniformly good. 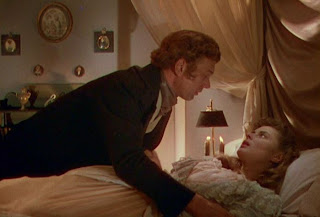 Witness For the Prosecution – If there’s one movie genre that I don’t care for, it’s the courtroom drama. If there were one courtroom drama that was an exception, it would be this Billy Wilder gem from 1957. Tyrone Power is on trial for the murder of a rich widow. Marlene Dietrich plays his wife, who seems to be acting kinda strangely. Charles Laughton plays Powers lawyer. Laughton is great as an ailing legal titan who gets drawn out of retirement. Something just doesn’t smell right in this case, and he is damn well going to get to the bottom of it. There are a couple of fiendish twists at the end that will likely have you slapping your forehead. An added note: Elsa Lanchester has one of her great scene-stealing roles as Laughton’s nurse. Recommended. 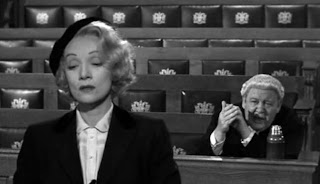 At Close Range – Terrific, under appreciated Noir from 1986 stars Sean Penn as a bored slacker youth who falls under the influence of his criminal father (Christopher Walken). This might just be my favorite Walken role. The man always oozes menace, but look how he handles this character – He’s warm and chummy to his son, but never completely loses that chilling edge. It’s a masterful performance. Highly recommended. 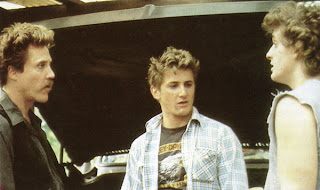 My Dinner with Andre – I knew the deal going in on this one - Two guys go for dinner and talk for two hours. Although that sounds as entertaining as watching someone shave, I took the plunge based on the rep the film has. It took me a while to get warmed up. Theatre director Andre Gregory does the bulk of the talking, and there were times I just wanted him to shut the hell up. It slowly drew me in, however, and the breadth of the conversation is kinda neat. I liked how Wallace Shawn’s character is content to soak up the talk at first, then gradually wades in. 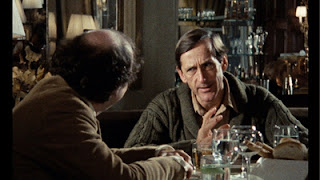 Sweet Smell of Success – One of those films that I check out every 5 years or so. I’ve always loved the great slimy, symbiotic relationship between Burt Lancasters’ gossip columnist J.J. Hunsacker, and Tony Curtis’ toadie press agent Sidney Falco. The gist of SSoS is a plot hatched by Hunsacker to have Falco break up his beloved sisters relationship with a jazz guitarist, and how Hunsackers ego and hubris brings down his whole world. The dialogue by Clifford Odets is top shelf, as is James Wong Howes’ cinematography. If you haven’t seen this, by all means do. 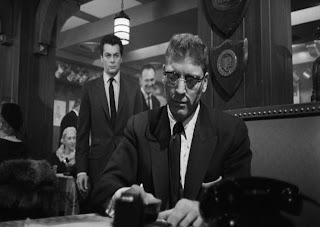 The Deadly Companions – This mediocre Western from 1961 is notable mainly because it was Sam Peckinpah’s directoral debut. Brian Keith plays a Civil War vet who helps a widow Maureen O’Hara transport her young son’s body across apache territory for burial. They are accompanied by a couple of shady associates of Keiths. Keith is also driven to exact revenge on a man who tried to murder him, but the film doesn’t really develop any dramatic tension around this plot point until the conclusion, and then things just kind of peeter out. Not really recommended. 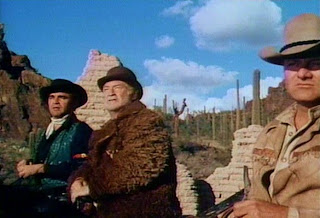 Posted by Jeff Duncanson at 8:33 p.m. No comments: 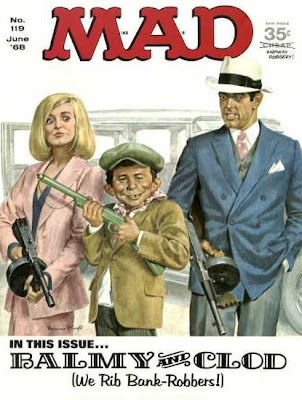 Posted by Jeff Duncanson at 9:44 p.m. No comments: