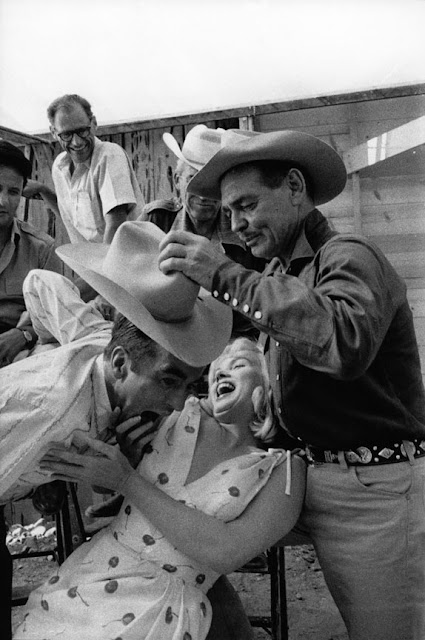 The principals of The Misfits monkey around. The husband looks on.
Posted by Jeff Duncanson at 5:17 p.m. No comments:

A Face in the Crowd

If it were a completely just world, A Face in the Crowd wouldn’t be a nearly forgotten film. It would be rightly recognized as one of the great socio-political satires of American cinema, ranking alongside masterpieces like Billy Wilder’s Ace in the Hole and Hal Ashby’s Being There. Those films both look as fresh today as they did when they were made, and the same is certainly true of Face, made in 1957 by direstor Elia Kazan and writer Budd Schulberg.


Marcia Jeffries (Patricia Neal) is working at a 2-bit Arkansas radio station when we first meet her. She hosts a man-on-the-street show called - You guessed it – “A Face in the Crowd”, and is just trolling for anything interesting when she happens across Larry Rhodes (Andy Griffith) in the local jail. Hung over and uncooperative at first, there’s a little glint in his eye when he hears the world “radio”….and sees Marcia. He sings a song about life as a hobo, and promptly launches a sensation.

Kazan was one of the great actor’s directors, meaning he could coax great performances out of his people, and AFitC is a glorious example of this. Take the decision to cast Andy Griffith as “Lonesone” Rhodes. He was not a star at that time – he was just a lesser known stand-up comic best known as a cast member of Steve Allens' show. Casting him in this role, which is so loud and over-the top was a huge risk, but in looking at the film, it’s perfect. Rhodes’ laugh is so aggressive that it takes his whole body to do it, but Griffith pulls it off.


Neals’ Marcia is also special. Patricia Neal was an actress who was not really a classic beauty, but who somehow managed to convey a smoky, grown-up sensuality. (For a great example, watch Hud sometime). Marcia is a small-time girl working in a small market, but you never doubt for a minute that she’s smart and capable of much, much more. That’s why she and Rhodes hit it off so well. She immediately sees him as the ticket to where she wants to go. When Rhodes uses his show to play a nasty practical joke on the sheriff who threw him in jail, she thinks it’s hilarious.

The character of Lonesome Rhodes is a homespun hillbilly populist, much in the vein of Will Rogers, and Rhodes uses the hick persona to his advantage. He knows what buttons to push. A notable early scene has him pull a black woman off the set and tell her story on the radio. He implores the audience to send 25 cents each to help her out, and they do. The legend grows.


The relationship between Lonesome and Marcia is complex, and is the spine that the whole film is built on. He loves her as the one person who really understands him. Although Lonesome is basically a clown and braggart, when he is with her, he becomes real, and we like him. She is amused by him, at first, but gradually grows more attracted to him, and by what she sees as his pithy, straight from the hip way. When the seduction comes, it is HER who initiates it, not him. She humanizes him, and her love of him absolves him in our eyes for the nagging distrust we feel about him.


There is one character, however who doesn’t quite buy into the growing legend of Lonesome Rhodes, and that is a writer named Mel Miller (Walter Matthau). Matthau plays Miller as one of those great cynical types who just kinda knows what is happening behind the smoke-screen, and he drops a line early on that is telling:

Watching Matthau in this film makes you appreciate just how good he was, and what a shame it was that he so often got pigeonholed into Oscar Madison-like “basset hound” roles. Matthau was a smart actor when he got the chance, like as the Cold War hawk in Fail Safe, or his bank robber title character in Charlie Varrick. His Mel was one of those rare occasions that he got to break out and run with something different.


The film starts to take on darker overtones when Lonesome goes to judge a baton twirling contest and becomes enthralled with young Betty Lou Fleckum (Lee Remick). When you watch him devouring the nubile high school girl with his eyes, you start to get a sense of the soul-destroying corruption eating away at him. He runs off to Mexico and marries the teen, mere days after he has told Marcia that we wants to marry HER.

Lonesone is called upon to help facilitate the political career of a dull Congressman with designs on the White House (Marshal Neilan), and oversees him gettin’ a nickname and a hound dog. By now, Rhodes is thinking even larger than being a radio and TV star. He now sees himself as a political titan, able to become the real power behind a President, and is remorseless in dealing with anyone in his way.


The sequences that close the film are darkly ironic and pitch-perfect, as Lonesome is brought down by the person he would have least expected, and by the medium that made him a star. Griffith has a speech in his penthouse at the end that is so overwrought and extravagant that it inches right up to farce - And then jumps on over. That’s what Lonesome is, however – He’s a “Demagogue in Denim”, as Miller calls him, with the pedal to the metal at all times. As he replied early in the film when Marcia remarked that he put his whole self into his laugh:


“Marcia, I put my whole self into everything I do!”

Sisters of the Gion  –  Outstanding 1936 film from Kenji Mizoguchi involves a pair of Geisha sisters – Sensitive, caring Umekicki and cold, calculating Omacha. Umekicki has had her now bankrupt patron move in with them. Omacha schemes to get the poor man out of the way. Problem is, Umekikci still loves him and feels indebted to him. Omacha also double-crosses a young man who is attracted to her in order to make a move on his wealthy boss. Mizoguchi’s films often concerned themselves with the way Japanese society locked women into rigid and harsh roles, and this one is one of his true masterpieces. Recommended. 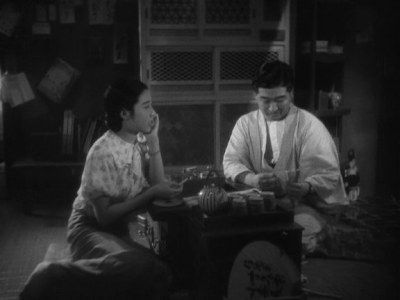 This Gun For Hire – Spy noir from 1942 stars Alan Ladd as a hit man hired to kill a blackmailer, but gets stiffed by his bosses and goes after them. Veronica Lake is a nightclub singer hired by the feds to dig up info on the blackmailed men (who are selling secrets to the Japanese) Robert Preston stars as Lakes’ cop boyfriend. This one is a bit hard to follow in some spots, but it is enjoyable overall. Ladd’s killer is icy cold in the same manner as Alain Delon is in Le Samurai, and I wondered if the Ladd character influenced the Melville film in any way. (Where Delon’s Jef  had a pet bird, Ladd’s Raven has a kitten)

Paisan – The second film of Roberto Rosselini’s War trilogy consists of six chapters, each representing an area of Italy, and each concerning themselves with war-time interaction between Italians and Americans.  A group of GIs take an Italian girl along as a guide.  A black military police officer goes on a drunken adventure with a young boy.  A group of American clergy visit a monastery. All the stories are noteworthy, but best of all for me was a tale of an American soldier hooking up with an Italian prostitute that he doesn’t realize he has met before. The bit is only a few minutes long, but it is exquisitely sad and poignant. Very highly recommended. 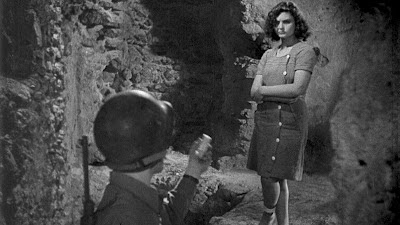 Butterflies Are Free – This one surprised me. I was expecting a light little comedy, but got quite a bit more. Edward Albert plays a young blind man embarking out on his own for the first time. Goldie Hawn plays his free-spirited next door neighbour, and Eileen Heckart his domineering mother. Butterflies is adapted from a play, and feels a bit stage-bound at times, but the dialogue is first-rate, and I admired the way the film seems to set up stereotypical characters, then gradually pulls the rug out from under us. Recommended.

The Big Trees – Kirk Douglas as an arrogant timber baron who gets involved with a righteous woman with the intent of getting his hands on her family’s forest. That plot line is somewhat reminiscent of Elmer Gantry, without that story’s inherent sourness. This is not a bad film, but at the end I was asking myself if the two lovers could realistically stay together. I don’t think so. 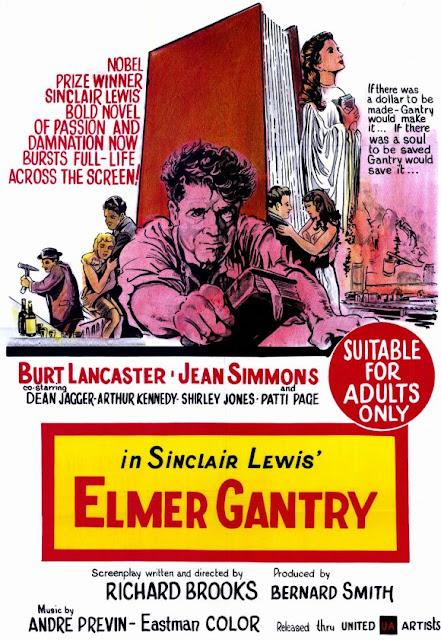 Posted by Jeff Duncanson at 9:08 p.m. No comments:

Help! – Unbelievable that I have gone this many years before seeing this for the first time. That being said, however, this ain’t  A Hard Days Night. Whereas that film was infused with the youthful exuberance of the Beatles, in Help! I can see a “Look at us…Aren’t we cute?!” attitude everywhere (especially from John Lennon). The plot involves a cult seeking a sacrificial ring that just happens to occupy the finger of Ringo. Much hilarity ensues as the cult chases the Fab Four over all corners of the earth.  I found the Beatles dialogue was overly cutesy and nonsensical this time, and that wore thin after a while. On the plus side, there is the music, which besides the title track, includes “I Should have Known Better”, “You’re Going to Lose That Girl”, and best of all, “You’ve Got to Hide Your Love Away” and “Ticket To Ride”. Nooooot quite recommended, however.

Pursued – Listen up, all of you who think Film Noir always is about urban crime and gangsters. This right here is a Noir western. Raoul Walsh made Pursued in 1947, and it’s a unique Western with Noir shadings all over the place. Robert Mitchum stars as a man who is taken in by a woman after his family is murdered, and who still has nightmares about whatever happened that night. Adding to the mix is the relationship he has with his adopted siblings. He is in love with his adopted sister (Teresa Wright), and the film doesn’t seem to think this is strange. There is also a rivalry with his “brother”, played by John Rodney.  There is also a shady businessman who is pretty up-front about the fact that he wants Mitchum dead.  Throughout, there is the sense that there are terrible secrets under the surface, and the films terrific climax lays everything on the table. Beautifully shot by James Wong Howe, who knew a thing of two about Film Noir. Recommended.

Posted by Jeff Duncanson at 8:26 p.m. No comments: 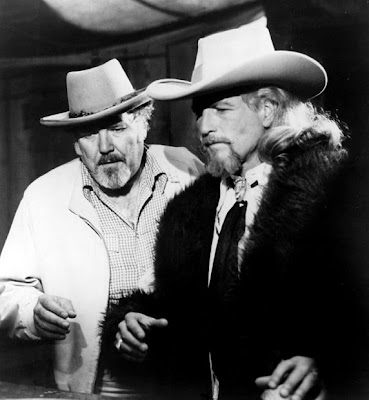 Robert Altman with Paul Newman on the set of Buffalo Bill and the Indians
Posted by Jeff Duncanson at 8:09 p.m. No comments: