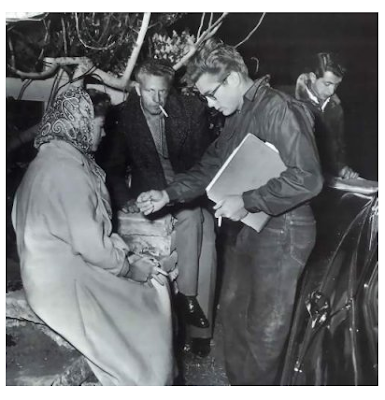 Natalie Wood, Nicholas Ray, and James Dean grab a smoke on the set of Rebel Without a Cause.

Posted by Jeff Duncanson at 7:18 p.m. No comments: 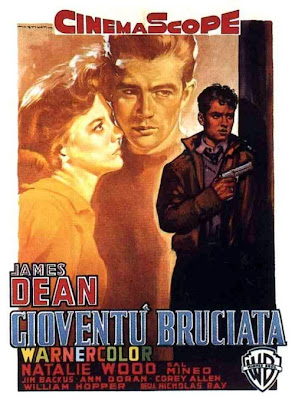 Posted by Jeff Duncanson at 7:16 p.m. No comments:

High Sierra – Humphrey Bogart as a fresh-out-of-jail hood who decides to pull off one last job before going straight. This one is a mixed bag for me. I liked the interplay between Bogie and the gangster moll played by the great Ida Lupino, and the climax in the mountains is first rate and poignant. I found it hard, however, to reconcile the gangster who jumps at the chance to do an armed robbery with the sensitive teddy bear who pays for the operation of a crippled girl. I recommend this one, but it’s not perfect. 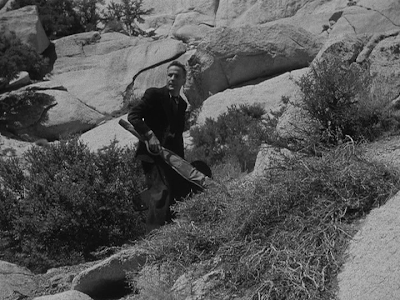 Le Feu Follet (The Fire Within) – Outstanding Louis Malle film from 1964 about a former alcoholic playboy struggling to adapt to his new, sober existence. Maurice Ronet plays Alain, who is estranged from his wife and living in a Paris detox center. Although Alain appears to be pretty much cured, he is hesitant to leave, and as we follow him through a series of visits with former colleagues and lovers, we start to see a portrait of a man who feels inadequate and shamed by his previous life. The stand-out scene for me is a swank dinner party where one of his friends recounts a tale of him waking up after a drunken adventure. The scene is a jumble of emotions and attitudes – Self-loathing, pity, bemusement, and unstated smug contempt. A brilliant film, highly recommended. 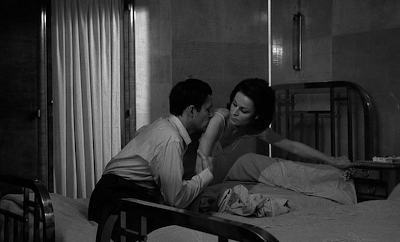 Posted by Jeff Duncanson at 7:04 p.m. No comments: