Amadeus is the story of one horribly conflicted man. Salieri loves music, and has given his life to it, but is shamed and angered by the loose cannon genius that is Mozart. So much so that he vows to destroy him. The rub is that Salieri loves Mozart’s music, and is really the only one who realizes that he is hearing something truly transcendent. All these emotions come together in this great sequence.  Salieri hopes to be credited as a co-author on Mozarts last work, so his motives are dishonorable, but he is also exhilarated by being up close to Mozart creative process. Look how obediently he hands over the written pages when asked. My favorite part of this scene, however, is when Salieri has to ask Mozart to slow down. Even near death, the music is just flowing out of him. At one point Salieri puts his head in his hands because he can’t fathom what Mozart is trying to explain to him.  It think it is right in this moment that Salieri really, really grasps that Mozart is a special being. This clip is unfortunately cut off before the end, but when Salieri finally tells Mozart, “You are the greatest composer I have known”, it’s the final straw. It isn’t hard to imagine that that moment is the one that really sends Salieri on his way to an asylum.

Posted by Jeff Duncanson at 8:43 p.m. No comments: 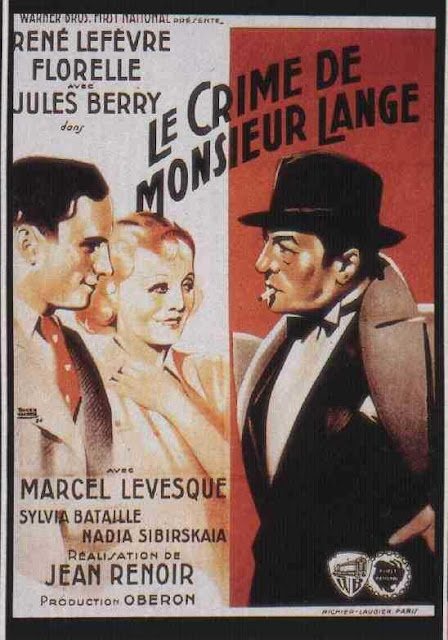 Posted by Jeff Duncanson at 7:59 p.m. No comments:

Cat People and The Curse of the Cat People – First time seeing these. Cat People was a real little treat – A bargain-basement horror film that should be a primer on how to create fright on-screen. Director Jacques Tourneur had virtually no money to work with, but by expertly using light, shadow, and eerie sound effects, he managed to create a truly frightening film. The story concerns a mysterious woman (Simone Simon) who believes that she carries a curse that will turn her into a vicious panther if she becomes aroused. This, predictably, causes problems when she marries a kind, decent architect (Kent Smith).  Things get even more deadly when she begins to suspect that her husband is falling for one of his co-workers (Jane Randolph). Check out a scene where the co-worker is terrorized in a swimming pool. Although you see literally nothing, the scene builds an almost unbearable tension. Highly recommended. 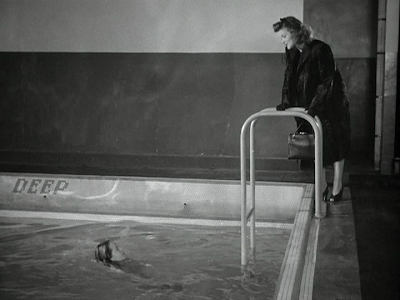 Curse features the same cast playing the same characters, and is considered a sequel, but is a very different movie. This one follows the young daughter of the architect as she is approached by an imaginary “friend” (Simon again). There is also a relationship with a strange old woman and her frightening daughter (The daughter appears briefly in Cat People). This one is not bad, but it falls far short of the original, because the movie never quite manages to create any feeling of dread and unease. The film still has great visual appeal, but the characters don’t engage. Thus, I can’t quite recommend it. 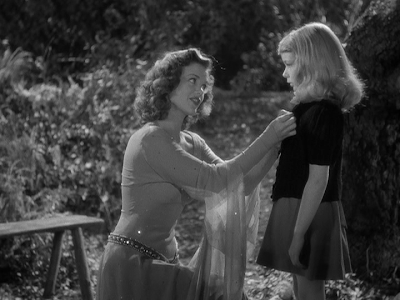 Posted by Jeff Duncanson at 5:39 p.m. No comments: