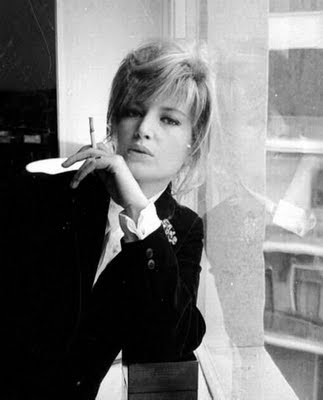 Pale Flower – I consider a bit of an aficionado of Japanese cinema, so I was taken aback when this one showed up as one of Roger Ebert’s “Great Movies”. I had never heard of it. Ebert invokes both Film Noir and the new wave in his review, and as contradictory as those influences sound, he hits the nail on the head. If Antonioni had gone to Japan and made a Noir, this is what he would have come up with. The film revolves around a hit man just out of a spell in prison for a murder. He falls under the spell of a mysterious gambling woman who seems to only be engaged by danger. There’s little dialogue, and you have to be a little patient with the film, as it settles into its tale of two people whose sexual circuitry is all messed up. The pay-off is worth it. 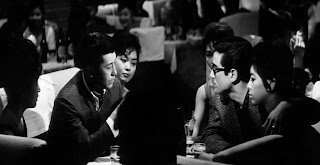 Prime Cut – Lee Marvin as a Chicago leg-breaker sent to collect money from a crooked meat packer/sex slave dealer played by Gene Hackman. I’m not really sure why this one went so wrong for me. Marvin is a mobster, but if you entered the movie 15 minutes in, you might never deduce that. Hackman, as great an actor as he is, never really convinces as a heavy (Hell, his characters’ name is Mary Ann!) I liked the way the action all occurs in sunny Kansas farm country, instead of a city, and there is a well-staged shoot-out in a field of sunflowers, but overall this one disappointed me. 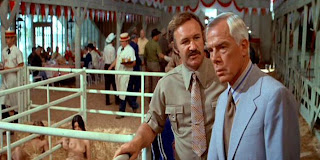 Posted by Jeff Duncanson at 7:22 p.m. No comments: 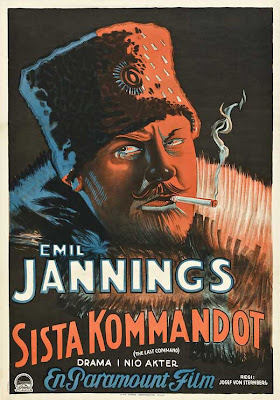 The Last Command
Posted by Jeff Duncanson at 4:55 p.m. No comments: 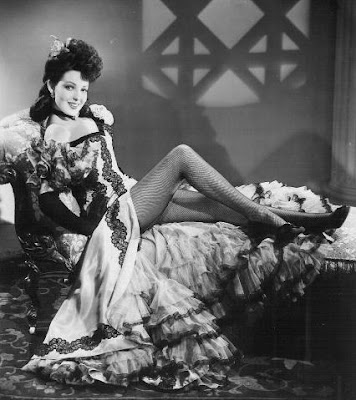 Linda Darnell
Posted by Jeff Duncanson at 7:05 a.m. No comments: