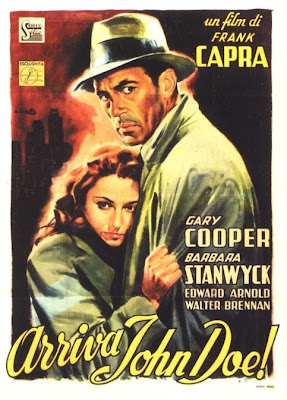 On this Date / The Soundtrack

Happy 68th to Tina Turner. Here's her kick-ass "The Acid Queen" from Tommy.
Posted by Jeff Duncanson at 9:04 a.m. No comments: 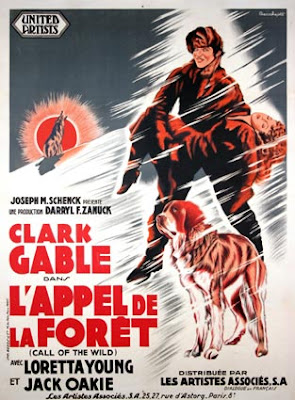 The Movies of my Life 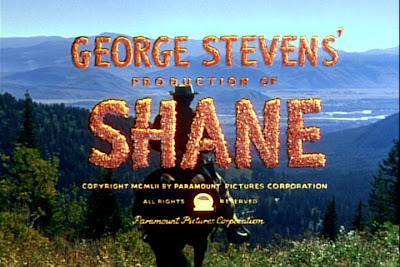 There’s never really been any completion for Shane in the pantheon of my favorite Westerns. I saw it early in my life, I’ve seen it many times since, and it still resonates for me after all this time.

More so than almost any other cinematic hero that comes to mind, Shane (Alan Ladd) is a mythical being, more myth than man. When he makes his entrance, riding unto the farm of Joe Starrett (Van Heflin) he’s a mystery – We start out knowing nothing about him, and we don’t know much more at the film’s close.

If Shane were just another Western about a group of farmers battling against an evil cattle baron, it would have been forgotten long ago. The thing that elevates this movie into greatness is the way the characters are twisted just a tiny little bit away from stereotypical. 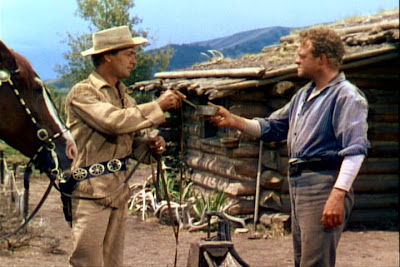 Take for instance the evil rancher Ryker played by Emile Meyer. Ryker is a bad guy - There’s no question about that, but look at what the film does with him. When Ryker comes to see Starrett, it’s not with threats, but with an offer to come work for him. Ryker gets a great speech about how he was one of the first to settle the land, along with “men who are mostly dead now”, and for a few seconds, we can actually sympathize with him. How many other Westerns have bothered to scratch the surface of a bad guy like this?

How about the “relationship” between Shane and Starrett’s wife Marian (Jean Arthur)? The film doesn’t really develop any sexual tension between the two, but it certainly doesn’t ignore it either. It makes a point of showing her reaction to Shane’s initial arrival, and it doesn’t seem to be just a case of her being fearful of the stranger. There’s a scene where the two dance together, and their body language is noticed by Starrett, who basically gives approval to his wife to take up with this new man if anything should happen to him. Watch Shane in another scene where Marian and her son Joey discuss him from the next room, and you see an unmistakable sense of longing and regret wash over him. Shane is allowed to live with this family, and sort of share in their lives, but he will never be able to have the same thing, and he knows it.

Then there’s the films “stock” character – The hired gun Wilson, played by Jack Palance. Wilson is fairly obviously set up for a showdown with Shane, and he plays the baddie card well, cruelly gunning down one farmer in the mud. Even at that, there’s ….something…. about Wilson. Listen to him as Ryker lays out his last resort plan for Starrett. Ryker says “I’ll kill him if I have to.”, to which Wilson replies with more than a hint of derision “You mean I’LL kill him if you have to.” I take from this Wilson’s quiet distain for those who won’t do their own killing. Wilson is a killer, and makes no apology for it. In his own twisted way, he’s a man of morals.

Here’s a final little treat – the climatic gunfight. This sequence is a marvel of slowly uncoiling tension. (Even the dog gets the hell out of the way!) Notice how Shane is now the one prodding things towards their violent conclusion, after turning the other cheek earlier. Although he takes no joy in it, he is now in his natural element. A man has to be what he is.

Posted by Jeff Duncanson at 5:34 p.m. No comments: 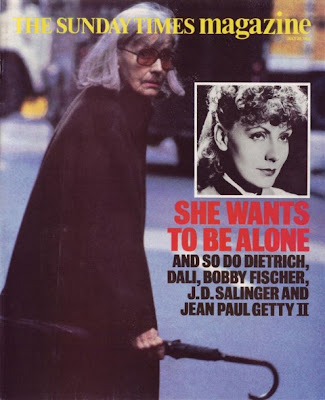 The Sunday Times - The recluse issue.
Posted by Jeff Duncanson at 5:09 p.m. No comments: 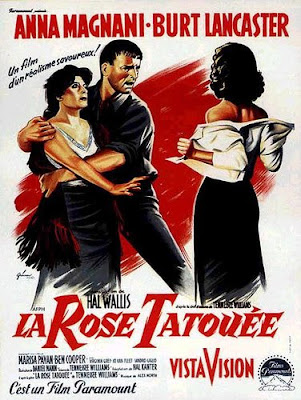 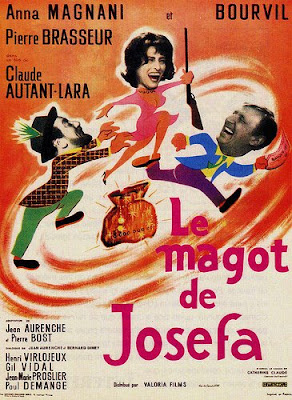