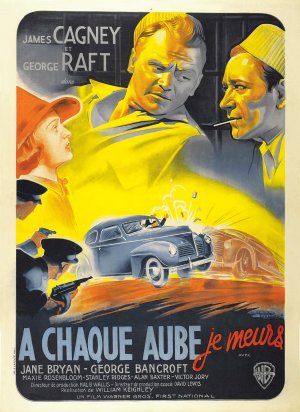 Posted by Jeff Duncanson at 2:01 p.m. No comments:

Antoni  Gaudi – This doc  about the maverick Spanish architect is a stunning piece of visual poetry.  Gaudi’s work is unique – it would be impossible to mistake his work for that of anyone else, and this flowing, largely dialogue-free catalogue of his major works was a major rush for me.  Japanese director Hiroshi Teshigahara (The Woman in the Dunes) simply lets the images do the talking here, and if you are into architecture, this is a must-see. 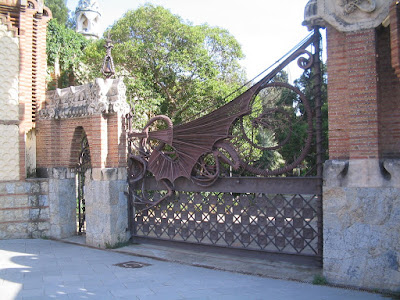 Each Dawn I Die – Above-average prison drama from 1939 stars James Cagney as a reporter who is framed for murder by a crooked politician, and gets sent to prison.  George Raft plays a career hood with whom he strikes up a friendship in the joint. It’s fun to see these two legendary tough guys play off each other, and the plot is interesting and pretty hard-edged for its era. Recommended. 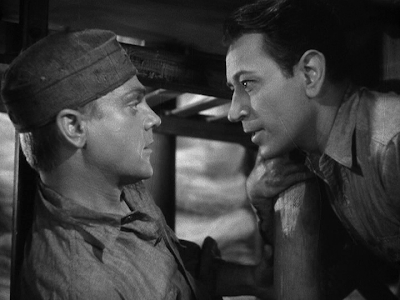 Hells Angels on Wheels – Sorta fun biker flick from 1967 stars a pre-superstardom Jack Nicholson as a bored gas station attendant who hooks up with Hells Angels. The film is truly a product of its times, as there is lots of sex, alcohol, and drugs, but it is to the films credit that there is a somber undercurrent to all the Hedonism onscreen. Nicholson’s Poet is first taken in by the lifestyle, but gradually begins to see how selfish and irresponsible these people are. Some good performances and terrific location photography make up for some of the films weaker points. 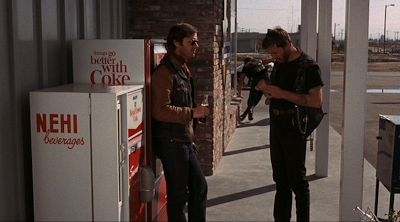 Pitfall – Truly strange ghost story from Hiroshi Teshigahara revolves around an itinerant miner who is murdered by a mysterious man in white, and who comes back as a spirit and observes the aftermath. You really, really can’t encapsulate this film in a few sentences. Also included are another man who is the double of the murdered man, a female shopkeeper who also ends up murdered and coming back, and a sub-plot about politics between two rival unions.  I do recommend it, however, because it’s such a stylistic free-for-all. Besides the beautiful barren locate, there are fast cuts, backward shots, freeze frames and hand-held-shots – The works. 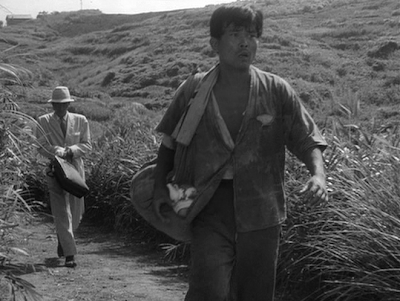 The Face of Another – Another from Teshigahara, this is the story of a man badly scarred in an accident who gets a new lease on life with a “face transplant”. The man evolves from being a sullen recluse to an amoral blank slate, and the films beauty lies in how it tackles the issue of how we maintain our humanity if all the checks and balances in our lives were to suddenly be gone. It is slow in places, but TFoA is a visual tour-de-force in many of the same ways that Pitfall is. Both films are available from Criterion, and I recommend both. 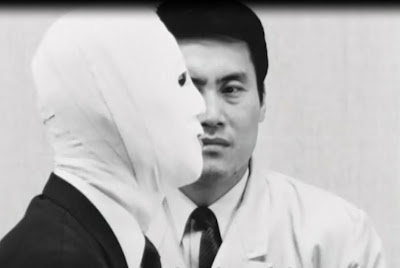 How The West Was Won – Big budget epic Western from 1962 covers the trials of one American family through settlement, the gold Rush, the Civil War, and the coming of the railways. This was an ensemble bit of filmmaking, with the different segments being directed by such titans as John Ford and Henry Hathaway, and starring the likes of John Wayne, James Stewart, Gregory Peck, Henry Fonda and Richard Widmark. This is such a huge story, that it's predictable that it doesn’t get everything right, but there are a lot of good things here, like a buffalo stampede through a settlement, and a terrific shoot-out on a moving train. There are also some musical numbers that don’t really belong, however, and a couple of supporting roles that are a bit embarrassing (Karl Maldens’, for instance). Shot in ultra-wide-screen Cinerama format (Example below)

Posted by Jeff Duncanson at 1:46 p.m. No comments:

The Film – Shadow of a Doubt, dir. Alfred Hitchcock


The Set-Up – Serial murderer Uncle Charlie (Joseph Cotton) prepares to flee the law and go hide out with his sisters’ family.


This sequence is here because it is such a great illustration of Hitchs’ command of film language, and how he could manipulate the viewer. The first shot is of Charlie in his room, relaxing. Money is strewn about the place. Somehow, you just know that the reason for it being there is terrible. His landlady comes into the room, and he is icy and distant with her, until she remarks that there were a couple of men asking about him. Without giving us any real detail, Hitchcock has told us a great deal. 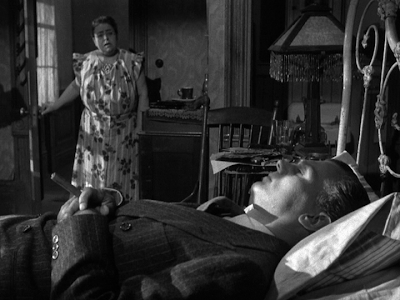 Now flash to the idyllic little town of Santa Rosa, and the family of his sister. We visit his niece Charlie (Teresa Wright), as she rests in HER room. The thing that is interesting in seeing these two shots is that they are virtually the same, but they are facing in opposite directions. It’s a clever way of establishing that there is a bond between these two people (she is named after him), but that they are different in some fundamental way. 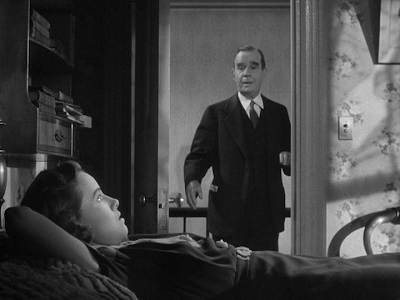 The other portion of the opening passages that I admire is a small sequence regarding a telegram. The family gets a phone call about a telegram. When the phone rings, we can already surmise that it is related to Uncle Charlie.  The youngest daughter answers the phone, but only after letting it ring several times. After answering it, she doesn’t take a message. When the mother calls the telegram office for the message, the children pester her and make noise in the foreground.  What Hitchcock was doing here is creating discomfort in the viewer. We want to know what is going on, and all the distraction and cacophony makes us a bit uneasy. It’s a sly way of adding tension to a situation that logically should have none. 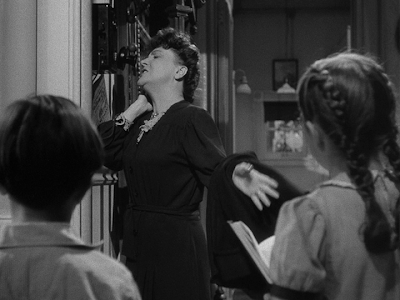 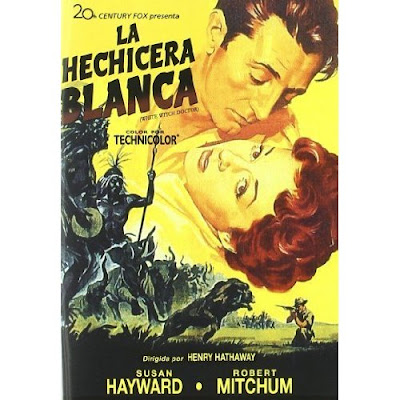 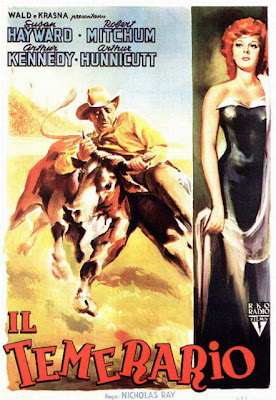 The Lusty Men
Posted by Jeff Duncanson at 11:28 a.m. No comments: