The blogosphere just got a bit less interesting. Flickhead, we'll miss you.
Posted by Jeff Duncanson at 10:09 p.m. No comments: 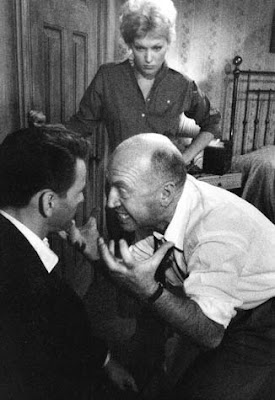 The Man With the Golden Arm, 1955
Otto Preminger tries to help Frank Sinatra get into a junkie's head. Kim Novak looks on.
Posted by Jeff Duncanson at 5:31 p.m. 2 comments: 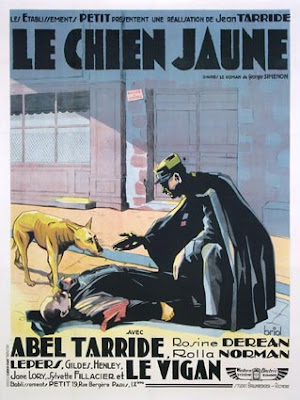 Posted by Jeff Duncanson at 8:30 p.m. No comments:

The Marquee / On This Date 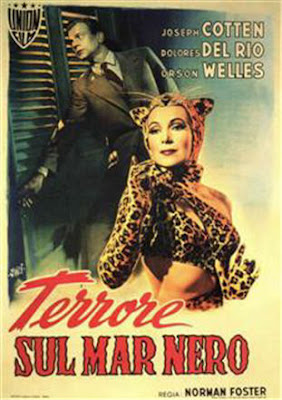 Posted by Jeff Duncanson at 8:11 p.m. No comments: 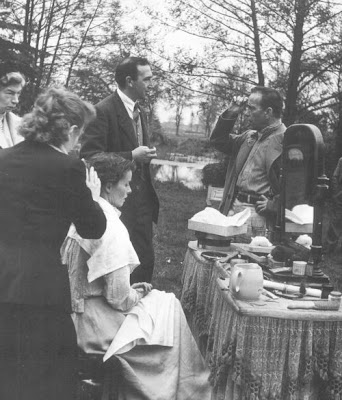 Katherine Hepburn gets mussed up for a scene in The African Queen. Bogie chats
Posted by Jeff Duncanson at 7:14 p.m. 1 comment:

My week of movie watching

The Return of the Secaucus Seven – I’m a nut for the work of John Sayles, but this early offering had slipped through my grasp till now. This is a character tale of 7 college friends who re-unite for a weekend, with past liaisons coming back to the forefront. It anticipates the bigger budget The Big Chill three years later. Cheaply made, but certainly worth a look for Sayles’ great knack for writing natural dialogue. 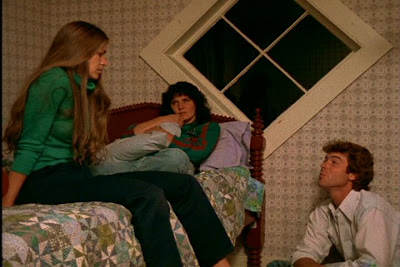 Juno – I was disappointed in this one. There are some good things here, like resisting Hollywood convention by not making Allison Janney’s step-mother a monster, and the young couple played by Jason Bateman and Jennifer Garner. My problem was that every time Ellen Pages’ Juno opened her mouth I heard a screenwriter in the background. When a teenager utters a line like “You’re acting shockingly cavalier.”, it pulls me out of the movie, and I hate that.

Big Deal on Madonna Street – What a treat this one was! A comic riff on European caper flicks like Rififi, Big Deal doesn’t treat its bumbling thieves like clowns, and the film is richer for it. You could have taken the same plot, the same characters, and played it as a straight caper movie, and it would have worked fine. It’s been a long time since I’ve had a movie laugh to compare to the climactic moment that the gang breaks through the wall. Highly recommended. 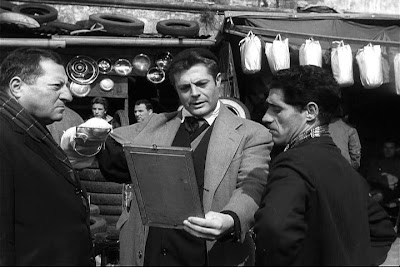 Look Back in Anger – In the pantheon of British “Angry Young Man” films, this is the angriest of them all. Richard Burton gives a terrific performance as the abusive Jimmy Porter, well educated but trapped in a working class existence. His treatment of his wife (Mary Ure) is striking in its cruelty, and eventually just wore me down. I recommend this one, just barely. 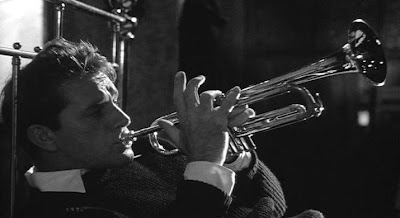 Posted by Jeff Duncanson at 4:01 p.m. No comments: 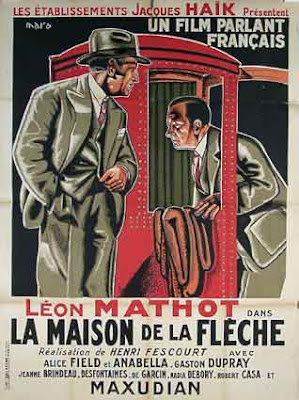 The Set-Up – Bob invites the young waif Anne back to his place.

Anne sees Bob as a high rolling sugar daddy. She looks around his place and remarks that his family must be rich.

She asks Bob what he does for a living, and he replies that he is with the Ministry of Agriculture. “Equine preservation. I love the horses. I give them everything - My time, my money, my life.” Anne asks if it pays well, and Bob replies “Well enough to end up at the soup kitchen” 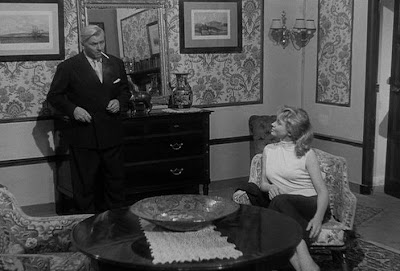 Bob then goes to the closet… 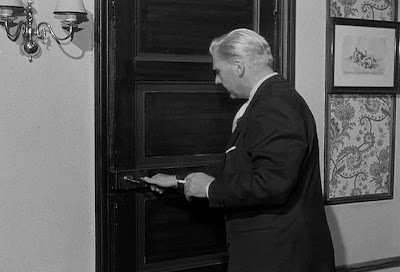 Which he opens to reveal a slot machine! 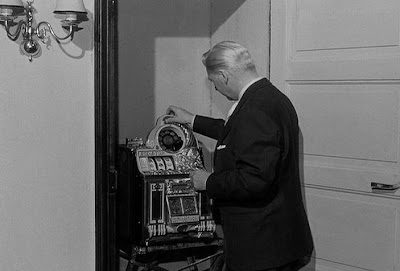 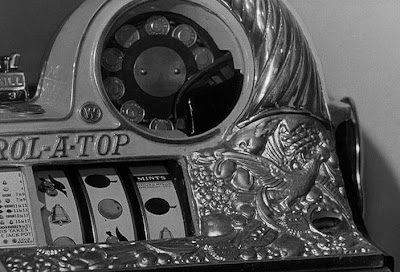 This little sequence encapsulates Bob perfectly. He’s gambled long enough to be resigned to losing, but there’s still a little part of him that thinks the big score is out there. When Anne remarks on the slot machine, he says “This is just for fun.” Yeah, right. Gambling is imprinted on Bob’s DNA, and once you understand that, it’s easy to imagine the events that lead to the films’ wryly ironic conclusion.

Posted by Jeff Duncanson at 7:37 a.m. No comments: