Easy Rider – First time in about 10 years. It’s a little hard to look at this film objectively now, because of the iconic status it has achieved. Truly, it’s still on a short list of the true sixties landmark films, alongside Bonnie and Clyde, A Hard Days Night, and Blow-Up, but its imperfections are a little more noticeable to me this time. The commune scene runs on a wee bit long without offering much in the way of insight, and the rednecks are too comically drawn. I also wish we had gotten a bit more insight into the obvious melancholy of Peter Fonda’s Captain America. There is also a lot to recommend here, however.  Jack Nicholsons alcoholic hayseed lawyer is still a joy. The music (The Byrds, Steppenwolf, Hendrix, The Band, and especially Roger McGuinn doing Dylans “It’s Alright Ma, I’m Only Bleeding”) is terrific, and beautifully utilized.  The cinematography by Lazlo Kovacs is good, especially the Mardi Gras snippets, and the wonky acid trip in the graveyard. An imperfect film,  but one that everybody should see. 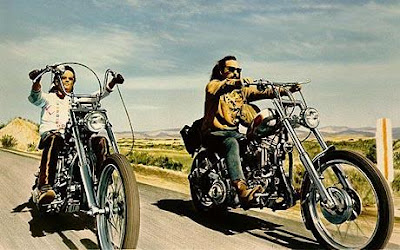 Georgy Girl – I'm amazed that it took me this long to see this for the first time. The theme song is literally the first song that I was aware of as being a hit radio song. I can remember it on the radio as I was getting ready for school when I was 6-7 years old. Any thoughts I had about the movie where based on that song, and I guess I thought it was a little zany lightweight comedy. Having seen it, I can see that there’s a lot more going on here. Georgy (Lynn Redgrave) is a lonely, frumpy teacher who lives with a glamorous party girl (Charlotte Rampling) and her immature boyfriend (Alan Bates).  Also in her orbit is the wealthy older man that her parents work for (James Mason, terrific as always), and who has some fairly creepy romantic designs on her. This film works so well because each of these 4 major players is so well drawn. Rampling , who loves the night life, and reacts with venom when a pregnancy interrupts it. Bates is fun-loving and affectionate, but his immaturity ultimately wears thin. Mason’s character has seen Georgy grow up in his house, and states that she is like a daughter to him, which gives his romantic overtures a bit of a slimy feel. Despite that, in Masons hands, the character still comes across as a good man. 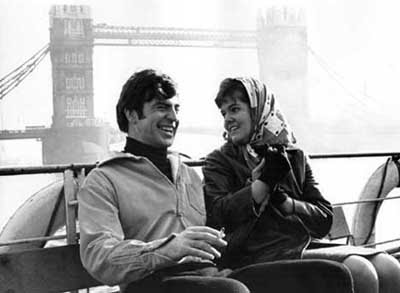 There’s one moment in the film that stopped me in my tracks, and that’s when Ramplings Meredith says to Bates’ Josh about her pregnancy “I’ve already destroyed two of yours”. I was struck by the coldness and cruelty in this line, and that’s when I realized that this film was special. The final passage is beautiful moviemaking, and sublimely bittersweet. Recommended.
Posted by Jeff Duncanson at 9:03 a.m. No comments:

"Tears in the Rain"

Posted by Jeff Duncanson at 6:09 p.m. No comments: 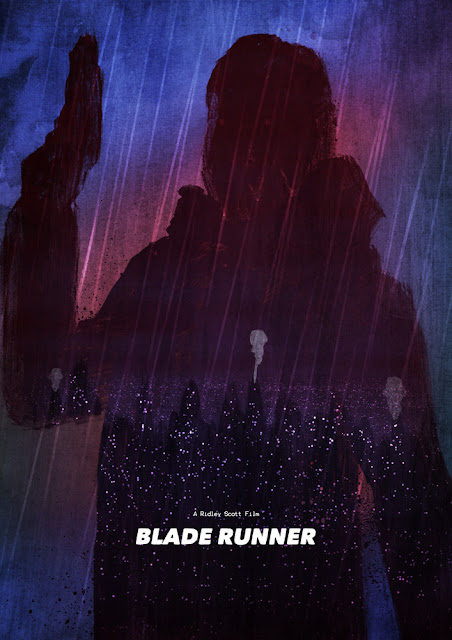 Posted by Jeff Duncanson at 6:07 p.m. No comments: