The Film - The Umbrellas of Cherbourg, dir. Jacques Demy

The Set-Up – The one-time lovers Guy (Nino Castelneuvo) and Genevieve (Catherine Denueve) meet by chance at his gas station. 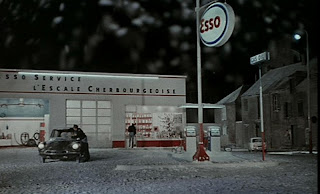 Guy enjoys a moment with his wife Madeline, and his son François. 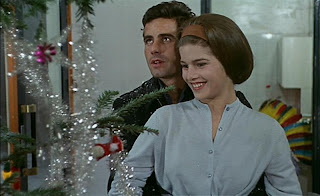 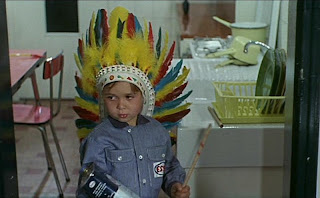 The wife and son go out to look at toys in the store windows. A black car pulls up to the gas pumps. 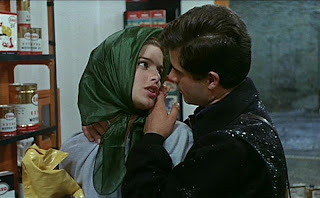 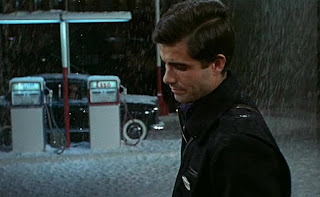 Guy goes out to look after the customer. Neither he nor Genevieve has seen the other yet. 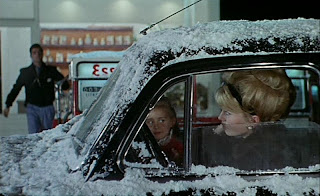 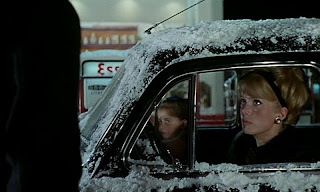 Guy and Genevieve go into the office. 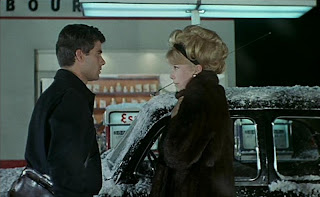 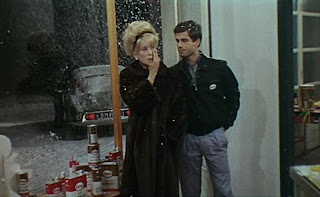 Genevieve says that this is the first time she’s been in Cherbourg since she’s been married. She comments on the tree. 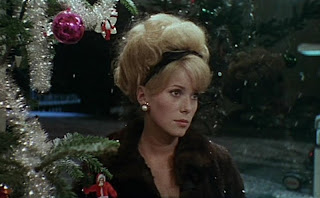 Guy says that his wife did it. “It’s mainly for the kid.” The camera frames their daughter in the background between them. Guy asks what she named their daughter. She replies “Francoise”, and tells Guy “She’s a lot like you.” She asks, “Would you like to see her?” He quietly shakes his head, and she leaves without another word being exchanged. 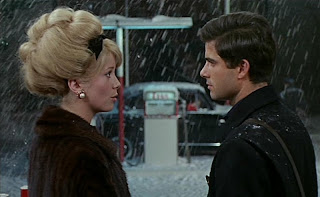 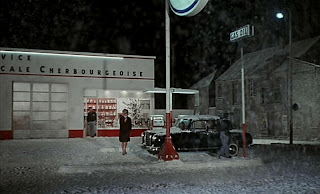 The movie ends as Madeline and his son return to the station. 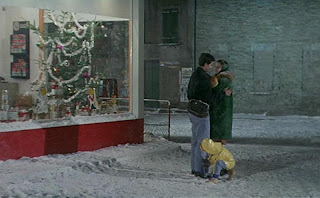 There is so much packed into this gorgeous little sequence, it’s hard to know where to begin. There’s the moment when Deneuve looks up and sees him for the first time. There’s the little headshake when Guy indicates that he doesn’t want to see his daughter, a moment that always just tears my heart out. And there’s the moment where Genevieve stands next to the Christmas tree, and looks so beautiful that she takes your breath away.

That is what is up on the screen. The stuff that is unsaid could fill another movie. How Guy has given his son the name that he and Genevieve had talked about for their child. How Genevieve makes a point of saying that she took a detour into Cherbourg “For no reason” and “I never expected to meet you.” and perhaps sounds a bit less than convincing. Why is Genevieve is traveling alone, and not with her husband? When Madeline tells Guy that she loves him, why doesn’t he say it back to her?

A lot of this sounds like conjecture, right? Guilty as charged. One of the great pleasures of this film are the theories that you can build up around it.