The Set-Up – Joe Gillis (William Holden) has just left the New Years Party thrown for him by Norma Desmond. (Gloria Swanson). He arrives at a party in progress at the apartment of his friend Artie. (Jack Webb)

Gillis stalks out of Norma’s house. 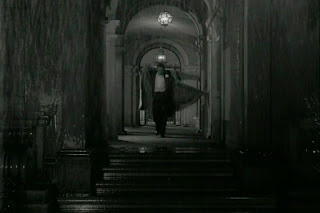 He arrives at Artie’s 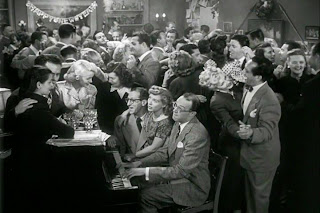 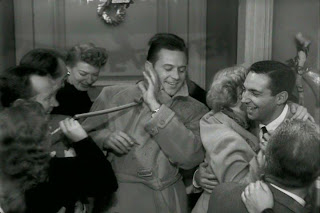 Artie greets him with a few good-natured wisecracks, and then comments on the coat he is wearing. “Nice coat – Is it mink?” 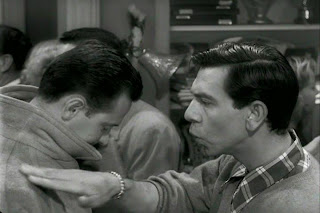 Getting ready to party, Gillis rolls the coat up in a ball and stuffs it into the bookcase. 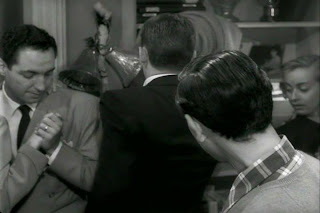 A bit of background is required here. Gillis left Norma Desmond’s party because of her inference that since she was letting him stay there and outfitting him in expensive clothing, he owed her something in return. When Gillis treats the expensive coat like an oily rag, it’s his little way of sticking it to her.

This is such a tiny little detail that many people might not notice it, but to me, it’s where the final threads of the film really start to come together. Gillis calls Norma’s mansion and finds out that she has tried to kill herself. Thus, Norma begins her final slide into madness. In this light, Gillis’ treatment of the coat as a surrogate for her seems especially mean-spirited and petty.

I love what this coat symbolises. It's a really subtle way of inferring the extent to which Norma is controlling him, and just how much his lifestyle has changes as a result of her. Perhaps it's the ultimate (physical) symbol of his opportunist tendencies.